When using your MacBook Pro 13" Retina Display Late 2013 - Early 2015 at full capacity, it is impossible to not drain your battery out. Even though this laptop is one of the best, you can give it a boost by replacing the original battery with a new one.

Here are some of the best MacBook Pro 13" Retina Display Late 2013 - Early 2015 Battery Replacement to choose from.

The MacBook Pro 13" Retina Display Late 2013 - Early 2015 has the ability to continually monitor the health and condition of your original battery and gives you the required information. It lets you know when it is time to repair, change, or replace it. To do so, follow these quick and simple steps without any professional help. 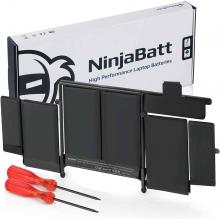 The NinjaBatt Battery for MacBook Pro Retina 13” A1502 (2013 2014 2015) is one that is made of top-grade battery cells and high-quality materials that comes with all the required safety features. Increase your laptop’s battery life by using this premium quality replacement that meets OEM specifications and comes with true charging capacity. 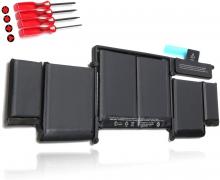 The ROLADA MacBook Pro Retina 13 Inch A1502 (Late 2013 Mid 2014 Early 2015) Replacement Battery is 100% new and compatible with A1502 A1493 models. It is a Li-Polymer battery that is 71.8Wh and 11.34V and also comes with two free screwdrivers for easy replacement. The CE-/FCC-/RoHS certified battery is made with safety features such as overcharging and discharging protection. 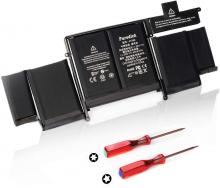 The Puredick Battery for MacBook Pro 13 inch Retina Early 2015 Mid 2014 Late 2013 is a Lithium-ion battery that has 6000mah capacity, perfect to replace your original battery with. It offers fast charging capability and will last for over 500 recharge cycles. The Premium Grade A cells make this replacement battery safer for use with protection circuits for stability. Get 12 Months Warranty and 30 days money return guarantee with this CE-/FCC-/RoHS Certified battery.

Step 1 -
Turn the MacBook Pro 13" Retina Display Late 2013 - Early 2015 upside down and start by removing the ten Pentalobe (P5) screws.
Step 2 -
Feel down the side and slide your fingernail under the cover to lift it gently.
Step 3 -
Pry and remove the connector from the motherboard using a plastic tool so you've isolated the power from the battery.
Step 4 -
Next, locate the three Torx (T5) screws on the left speaker and unscrew those. Carefully lift the speaks out but don’t disconnect the cable.
Step 5 -
Remove the next four Torx (T5) support screws and the three screws on the right speaker. Remove the battery controller screws as well.
Step 6 -
Using a thread or floss, move the battery out of place by moving it under carefully. Once you can feel the batteries moving around freely, pry it up and gently remove it.
Step 7 -
Clean the remaining adhesive and line the new battery up in place, following the above steps in reverse order to put the laptop back together. 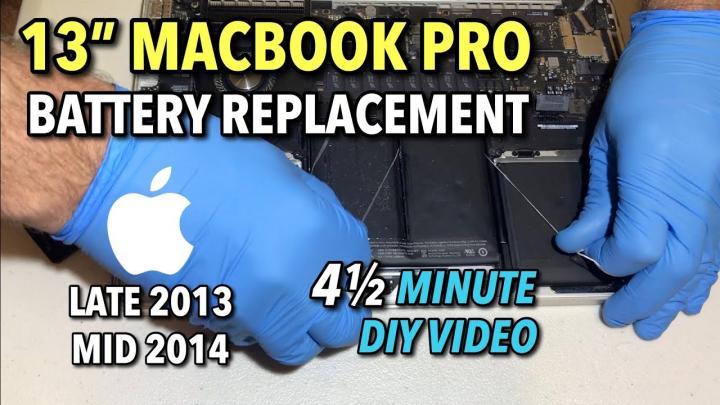